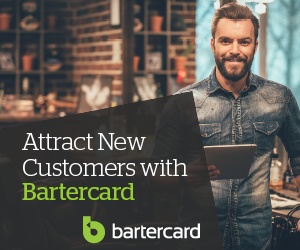 Official release from the IRTA re Bartercard’s parent company BPS:

In the last seventeen years the barter software industry has grown, providing barter exchanges a large choice of software platforms to choose from, many of which provide their own version of inter-exchange currencies. These inter-exchange currencies in effect compete with IRTA’s subsidiary UC (Universal Clearinghouse, Inc.), thereby further splintering the industry, which is counter to its original goal of providing a true universal trading currency to unify the industry.

In the judgment of the IRTA Global Board of Directors, the existing Bartercard software, combined with the financial resources resulting from a successful Bartercard IPO through BPS Technology, would provide the best opportunity for UC to utilise and recommend a highly advanced technology solution to the industry. Additionally, the strict governance standards requirements of a separate independent publicly listed company would insure members’ data will always be protected.

As a result, the IRTA Global Board of Directors approved moving forward with a contingent contract with BPS Technology for an initial five year term with two potential additional five year terms, but only if both parties elect to continue for the extra five-year terms. The agreement would become effective only if and when the BPS Technology Bartercard IPO was successfully completed by August 31, 2014.

The BPS/IRTA/UC software initiative is still a work in progress. And because the contract is of contingent nature and does not commence without a successful IPO, IRTA and UC were waiting to receive evidence of a successful IPO before making any announcements about the project. However, IRTA and UC have been advised by BPS that the Australian Securities and Investment Commission (ASIC) has approved its prospectus having met and passed all the strict legal and accounting requirements that comes with a listing, and the Bartercard IPO is open effective today, August 5, 2014.

Per the agreement with BPS Technology, IRTA and UC will recommend and endorse the BPS software as long as BPS continues to modernise and improve the software in a manner consistent with technological changes in the industry. Participation on the BPS platform will not be a requirement of membership in IRTA or UC, all industry members are free to select whatever software they conclude is best for their company.